Players board the Blue Crewmobile

Many Dayton Juniors teams schedule a tournament prior to our club hosting the big Presidents’ Day Cup (PDC) in mid-February. Although it is very early in the season, with few practices under their belt, this lets them get a taste of competition and judge areas they need to work on. Walking into the 40-court Columbus Convention Center for PDC can be intimidating for some teams if it is their first time out on the court together. Ironically, for our opening Blue Crew tournament, we chose the Central Zone Invitational at the Indiana Convention Center in Indianapolis. Ironic because there were 64 courts at this facility!

There were 36 teams in our division and the tournament format was very similar to our PDC event. The 36 teams were seeded into 12 pools of 3 teams each. The Blue Crew adapted well to the large scale, multi-court environment by winning our initial pool — beating Academy VBC and Prime Time VBC, both in two straight sets (games to the older generation!). Early Saturday evening we were repooled into our second pool with another 1st place team and a second place team. After handling Vision VBC in two straight sets in match one we had a tough 3-set match with Lexington United VBC. In the deciding 3rd set to 15 points we ran up a nice lead only to relinquish it and face two match points, before rallying to pull out an 18-16 win.

That victory, at 10 pm on Saturday night, enabled us to win our second pool and set up an 8 am challenge match on Sunday morning. Win it and we go to Gold. Lose it and we go to Silver. I am happy to report that after finishing our Saturday dinner around 11:15 pm, we were able to get 6 hours of sleep and recover in time to beat Toledo VBC. But it was not easy. Down 5-15 in the second set, we clawed our way back into contention and pulled it out 25-23. On to the Gold playoffs!

Playing Tennessee Elite we again dug a deep hole. This time we inched our way back into a 24-24 tie. Their next attack caught the line, at least in the eyes of the line judge, and Elite won the next point to close out set one 24-26. We then put together our best effort yet in storming to a 25-12 win in set two. In a disappointing deciding third set we fell behind early and with four service errors we could not catch up, falling 12-15. Only one team finishes the Gold playoffs without a loss so it is good to step back and reflect on the overall tournament effort rather than the sting of a single last match defeat.

In total it was a very good tournament for us. We placed 5th out of 36 teams and we learned a few things about ourselves too. We enjoyed the ability to fight back from deficits and adversity. Each player contributed on the court and the players showed they can mesh well both on and off the court. We did take note of some things to work on at our upcoming practices, both individually and as a team. We will also ask the players to leave their shovels at home next time as we don’t plan to dig as many holes at future tournaments! So now it is back into the gym to further hone our skills.

A special thanks goes out to the Blue Crew parents who provided great support. A large out-of-state 2-day tournament involves a ton of logistics and the team parent and others made the hotel, food and transportation happen. Having such supportive parents who can deal with the inevitable twists and turns associated with club volleyball and tournaments make the season much more enjoyable and helps our team evolve into the team it can be.

Digger awaits at the 3 foot line to receive Amanda’s straight down attack of an overpass. 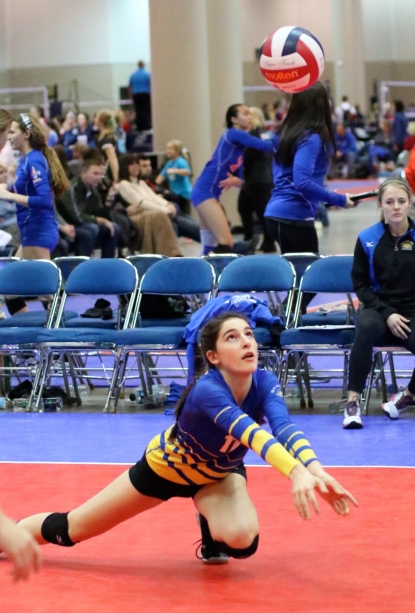 Yes, Danielle, we did say to keep your eye on the ball, but … 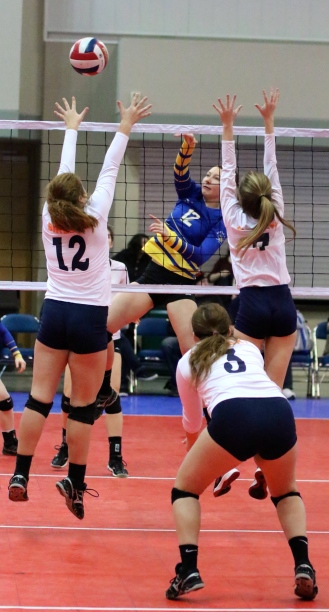 Grace executes a 31 attack for a kill.

Mel (18) and Audrey (20) need some work on their synchronized passing routine. 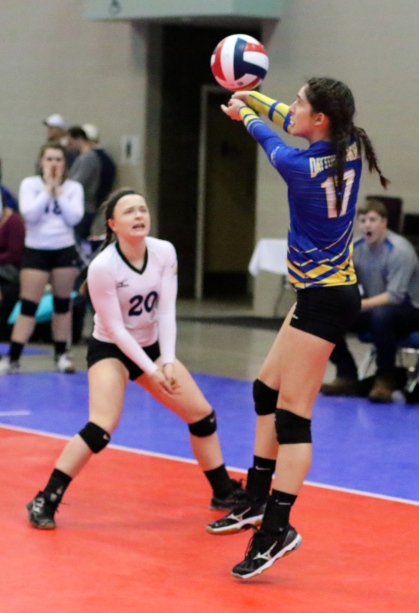 Setter Gwen avoids the net as Amanda completes the quick attack in the middle. 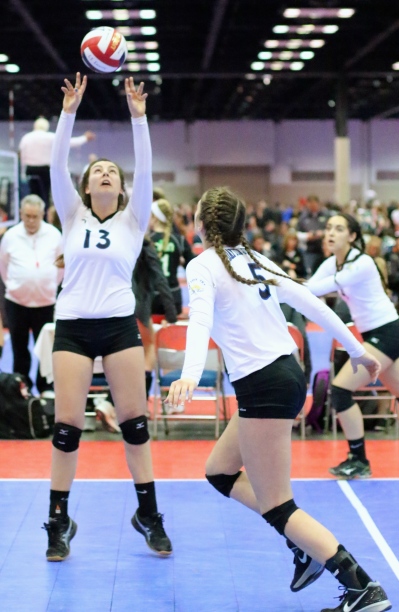 Gwen (13) extends to feed the left side attacker. 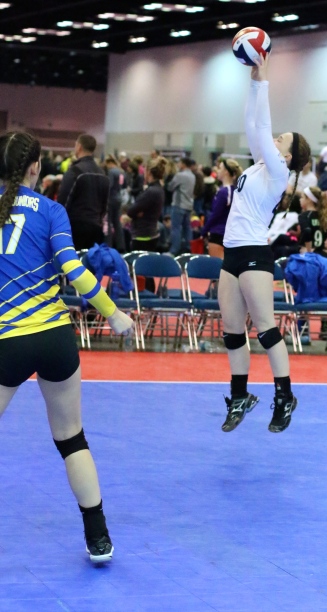 Sara, Is this a volleyball move or are you practicing your role in the upcoming school musical?

Mel awaits the return of her tossed serve.

Ashley, having drawn the middle blocker with her fake quick attack, looks to see if Amanda can complete the left side kill.

Taylor takes charge as the down ref.

What are the odds? The camera caught Audrey’s one back row attack!

A point off the rejection by Ashley (5). 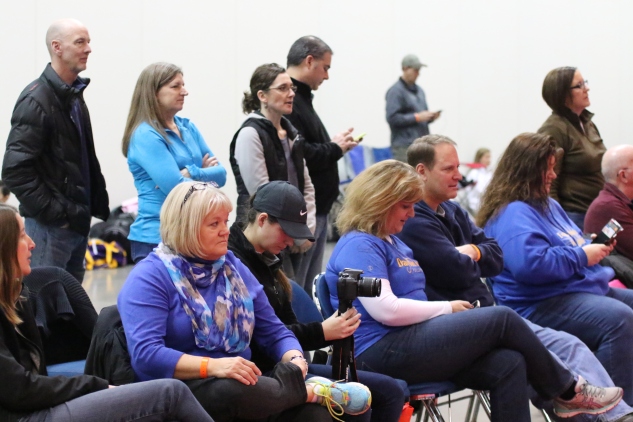 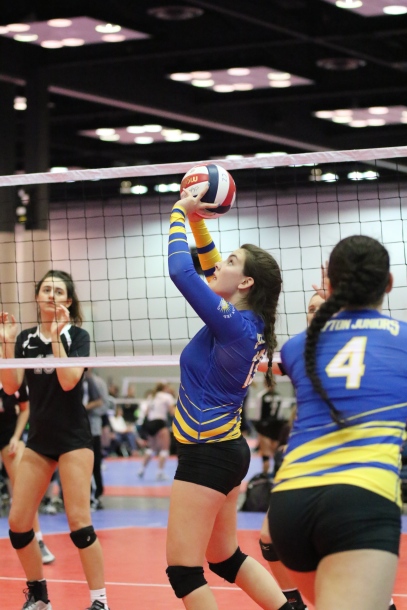 Gwen delivers the back set to the awaiting Taylor. 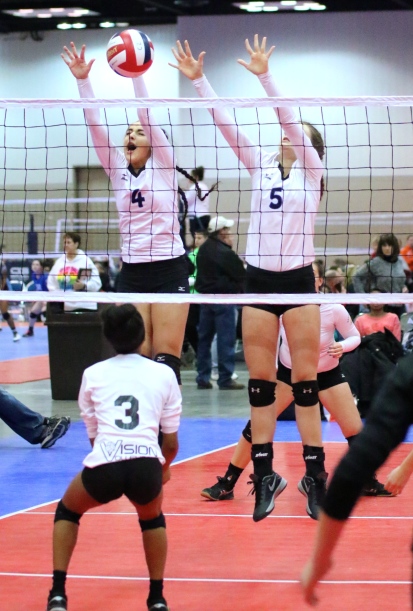 Sara in the lead with Audrey as backup.

We’re off to see the Wizard …