Posted on February 25, 2016 by vickstersvine 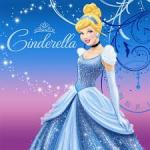 With all the concentration on volleyball it is sometimes easy to overlook the fact that the players have other special talents. One of our players, Sara Beste, a sophomore at Cedarville High School, is very active in the theater. Last year she had a key part in their school musical – Bye Bye Birdie. This year she is one of the evil step-sisters, Gabrielle, in their adaptation of Cinderella. In this particular version she is not really evil, which is probably good since her real sister, Kylie Beste, plays the part of Cinderella. If you think that a small high school like Cedarville might struggle to put on a quality musical you would be completely wrong. Their presentation of Cinderella was beyond awesome. For over two hours the cast held the audience spellbound with their efforts. Sara and Kylie (a frequent spectator at our tournaments) were even better than they were last year in Bye Bye Birdie. Sara and Kylie’s dad, Jeff Beste, was also heavily involved as the conductor of the orchestra.

Several members of our team were able to come out to Thursday’s performance and support Sara’s efforts. A real nice gesture and they were rewarded with high class entertainment. As sometimes happen, scheduling conflicts occur and players cannot be two places at once. That will be the case for our tournament this weekend. Sara has multiple performances and will miss our volleyball tournament. Anyone who sees her in Cinderella will know it was for a good cause. Where there are players and cell phones there are pictures so here are a few. 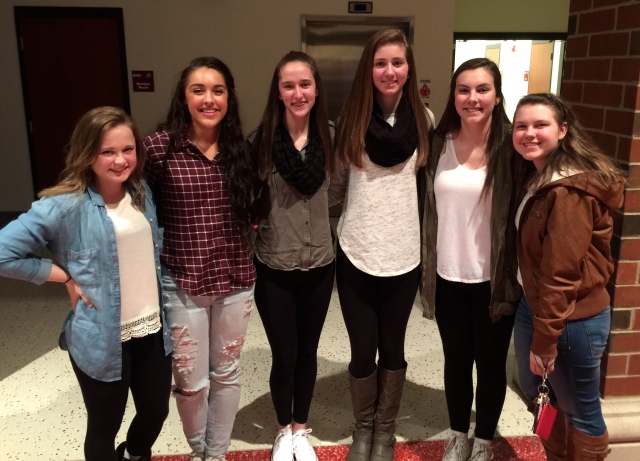 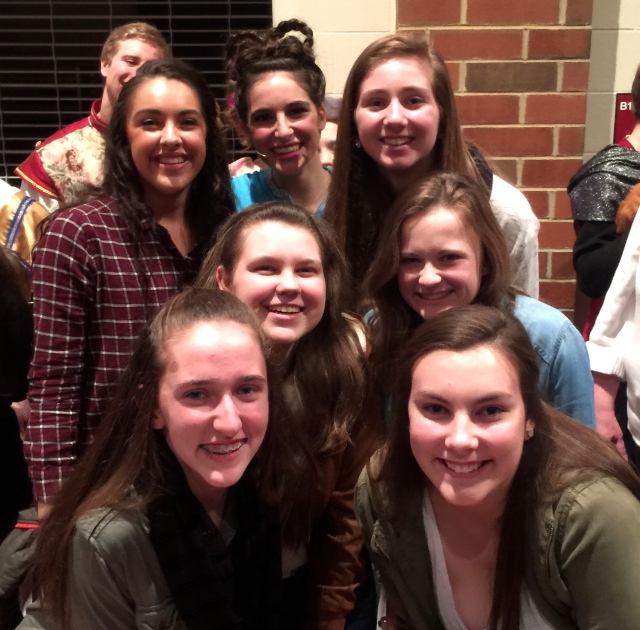 Step-Sister Gabrielle (a.k.a. Sara) top middle with the rest of the Blue Crew. 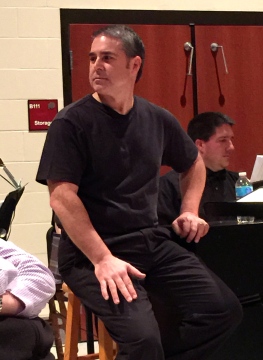 Shelley Beste with the videocam.