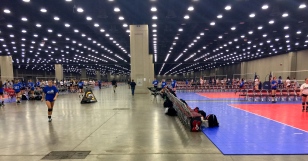 Courts as far as the eye can see!

The Bluegrass Tournament is very unique in that there are 116 courts under one roof with well over 700 teams entered. There are multiple age groups (10s-18s) and various divisions (Aspire, Classic, Club, Premier, Open). Dayton Juniors had ten teams attending, almost all our Gold and Blue teams. Our team went into the tournament a little shorthanded, with the bare minimum number of attackers. Taylor, an attacker, was participating in a weekend church retreat and unavailable to play. We abided by the old adage — “You dance with who brought you.”, and did not pick up a guest player. We didn’t want to take playing time away from our players or have someone just sit on the bench waiting for an illness or injury to get in.

Our team played in the 32 team 16 Premier Division that had 8 pools of 4 teams each. We were seeded 3rd in our pool. Our first match was against Alliance VBC from Tennessee, the number one seed in our pool and the number 2 overall seed in the 16 Premier Division. Very early in the first game Danielle, a left side attacker, went down with an ankle injury. With two vertically challenged defensive specialists (Mel and Audrey) on the bench we subbed in Mel to the attacking position. The team pulled together to win that first game 25-23. Game two we were able to adjust the lineup a little and put the libero, Faith, into the attacking position and moved Mel to the libero job. We scraped and clawed our way to a match win, taking the deciding 3rd game 15-13. The second match we played Northern Kentucky Juniors Volleyball (NKJV), the number two seed in our pool. We took that match with scores of 20-25, 25-22 and 16-14. An especially satisfying win since we were behind in the deciding third game 10-13. Playing Metro Atlanta in the third match we won in two straight to win our pool with a 3-0 match record. That put us in a challenge match at 8am on Sunday with the winner going to Gold and the loser to Silver.

Sunday morning, playing Northern Alabama, we gave up a late first game lead before losing 26-28. That seemed to take the starch out of us and we could not reclaim the cohesiveness from the first day, losing the second game 17-25. Facing a Team Indiana VBC team in our second match we hung on to win the first game 27-25 but faded the remaining two and lost the match, 12-25 and 9-15. It is disappointing to not play your best at the end of a long tournament but the coaches were very proud at how the players handled the adversity of missing and injured players. Those unfortunate circumstances forced the remaining players to adapt to new positions and some unfamiliar roles. A situation they embraced with good success, putting together some very nice wins. We don’t really have a qualified medical report yet regarding Danielle but we hope she can recover in the near term and start competing again soon. Interestingly, at this tournament we played teams from Kentucky, Tennessee, Georgia, Alabama and Indiana.

As always, tournaments are more than just what happens inside the lines. My wife always says the Spock in me looks at things in terms of plusses and minuses so here it goes: Minuses: Danielle getting injured. Massive road construction in Louisville/Southern Indiana rendering GPS useless. Miniature Pincher Dog Show attendees and pets at the hotel (Yip, Yip, Yip). A “long-in-the tooth” hotel (needing many updates) that we will not be going back to. Expo Center parking. Plusses: Gorgeous Saturday weather. Finishing play early on Saturday. An absolutely outstanding team dinner at the downtown Spaghetti Warehouse (thanks to Remmetters and Tricks for arranging). Team serenading Linda Seitter at the restaurant on her birthday. A great volleyball venue with 116 courts and lots of vendors and food courts. Linda Seitter stepping in to take tournament pictures in my wife’s absence. Very supportive parents. 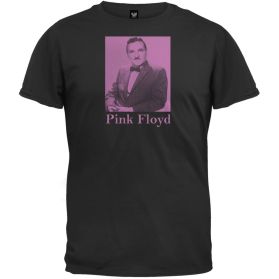 One parting thought. I am not sure what this portends for the future of society but I wore the shirt on the left to dinner on Saturday, a tongue-in-cheek play on the band Pink Floyd and Floyd, the barber on the Andy Griffith Show. Unfortunately none of the players on the team understood the t-shirt. They had no knowledge of Floyd the barber, although a couple players alluded to having heard of the Andy Griffith Show. Even more shocking is that head coach Megan and assistant coach Kim were clueless too. My whole life’s moral compass is based on the Andy Griffith Show and the way Andy interacted with and treated his son Opie, deputy Barney, and the townspeople including Floyd the barber. I am not sure the world is going to be a better place without this knowledge.

“A diamond is a piece of coal that stuck to the job.” 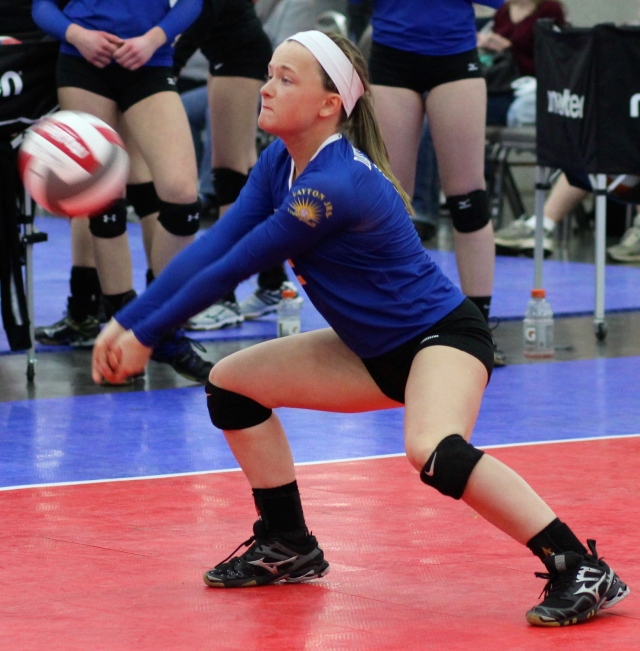 Just like in volleyball we will start the pictures off with a pass. Courtesy of Audrey.

Coach Megan and the players are happy with this point.

Sara pounds away from the right side. 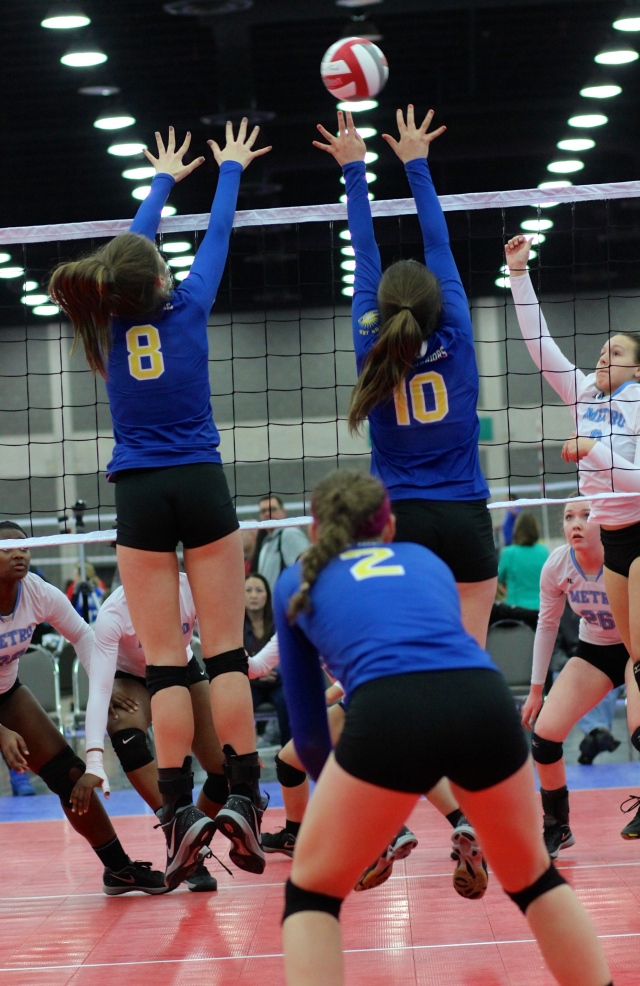 Ashley (L) and Gwen (R) form the wall as Grace (2) is prepared for anything that makes it thru.

Amanda with the hard to handle heavenly harsh and heavy hit.

Avery Grace appears more interested in the action on the court than her bottle. 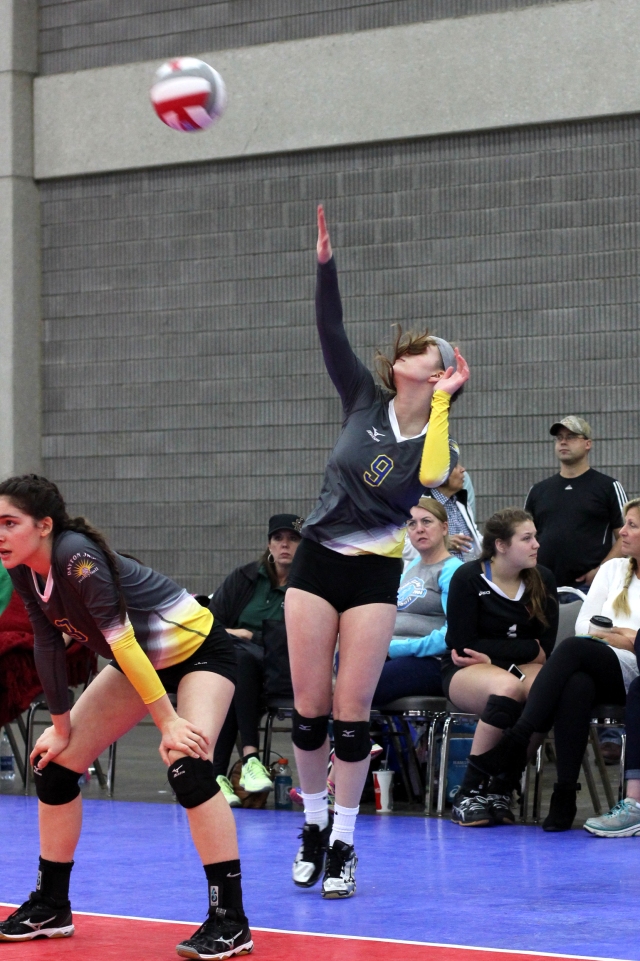 Faith with a big hairy serve. 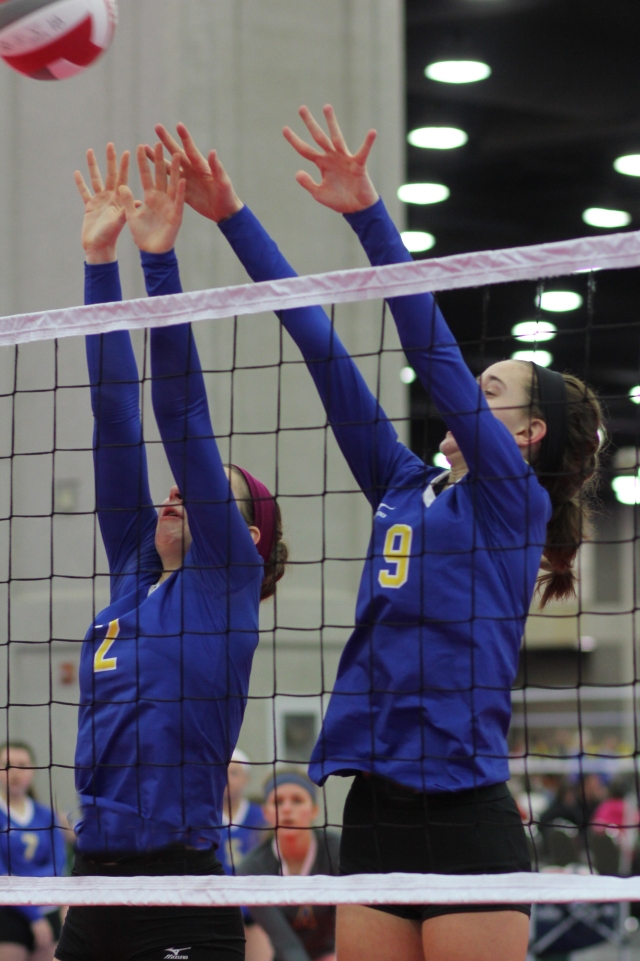 Grace (L) and Danielle (R) shut down the right side attack.

Grace and setter Gwen connect on the middle hit.

Ashley blocks for the point as Amanda (L) and Gwen (R) turn and drop. 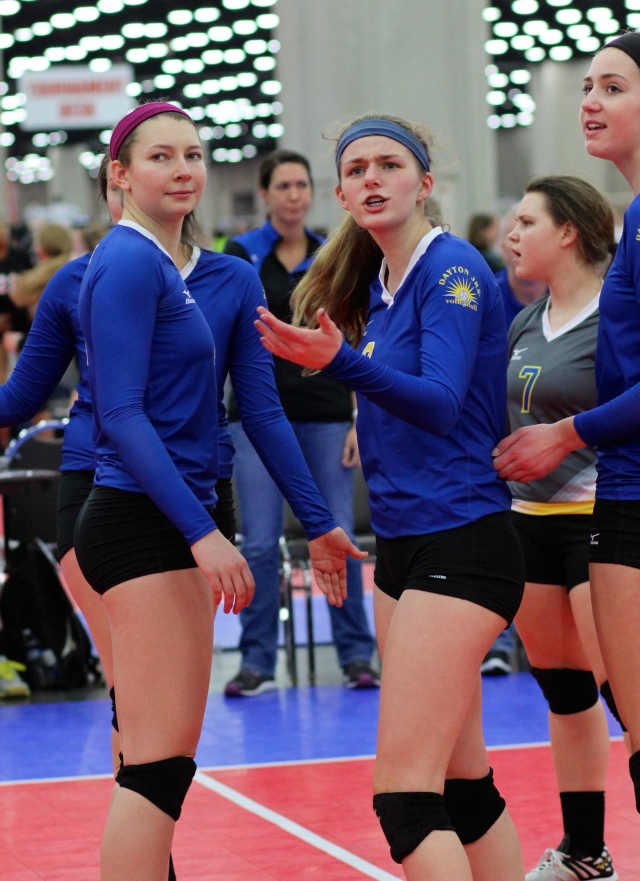 Evidently both the players and the coach have a difference of opinion with the referee. 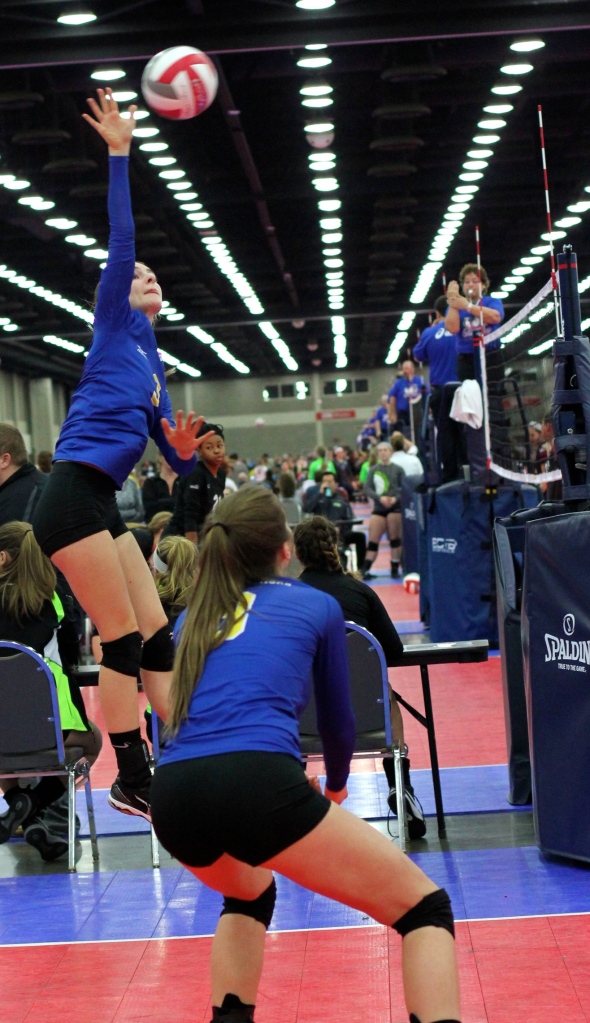 Coach Kim provides the transportation for Danielle as the team switches sides. 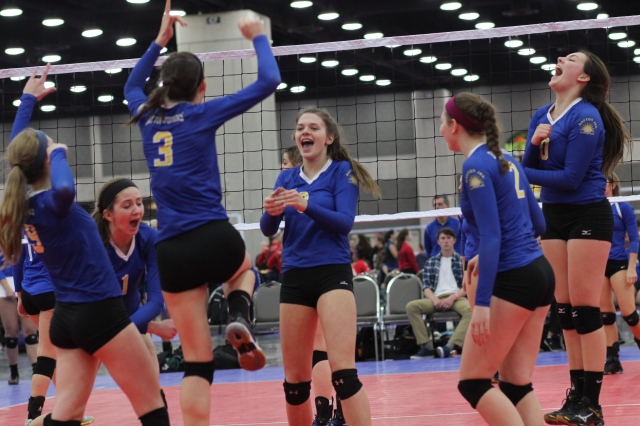 All six players expressing their thoughts about the previous point.

Players and parents serenade Linda with the birthday song.

Half the team patiently awaits their food order. 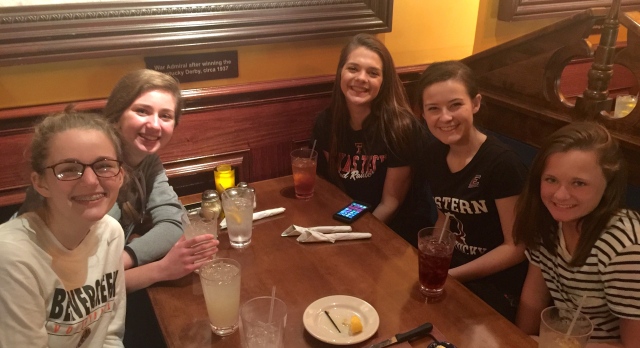 And so does the other half of the team. 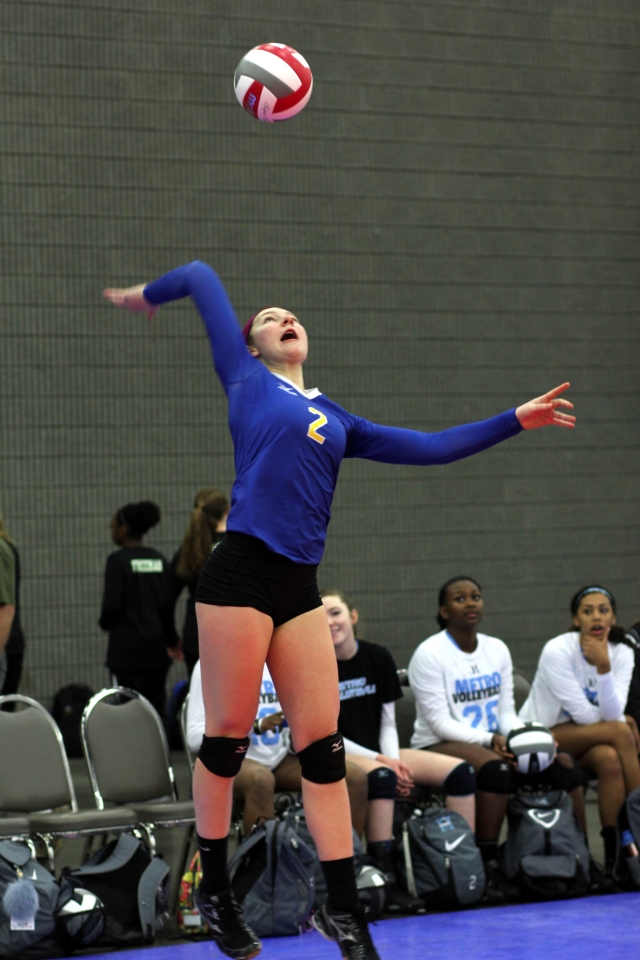 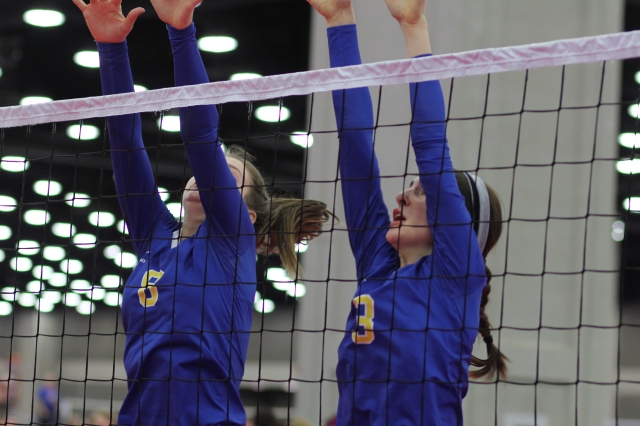 I think Grace is pleased with her attack! 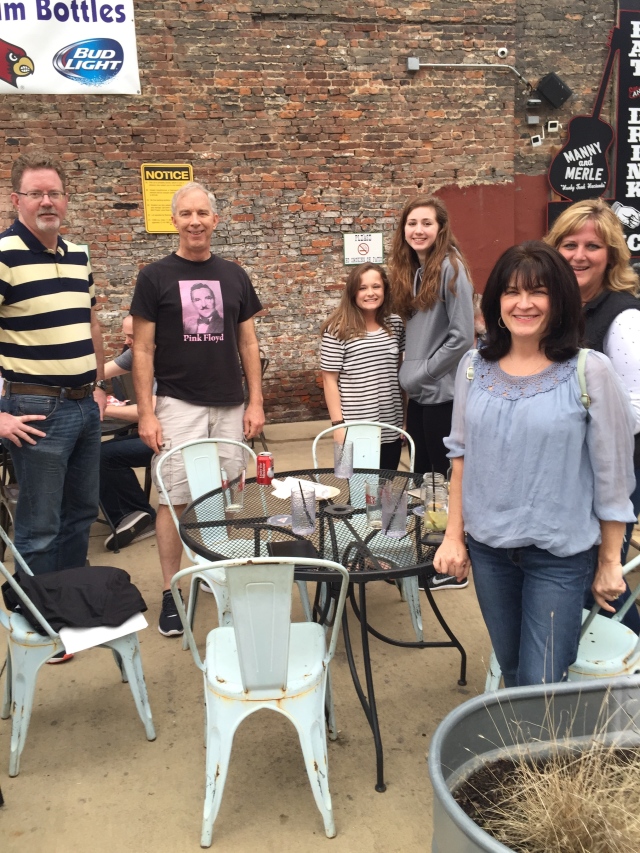 A pre-dinner stop in the downtown district. 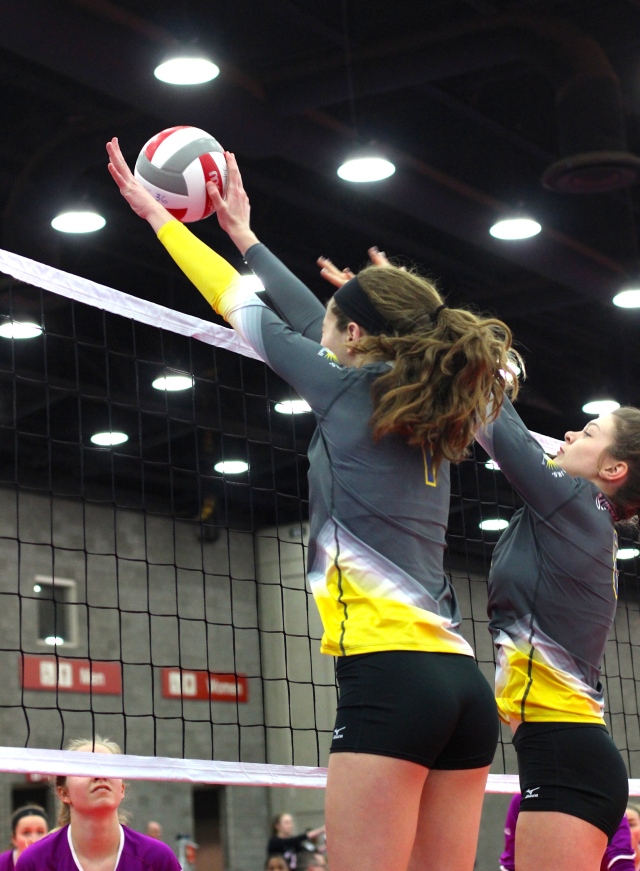 Amanda (L) and Ashley (R) combine to reject the attack. 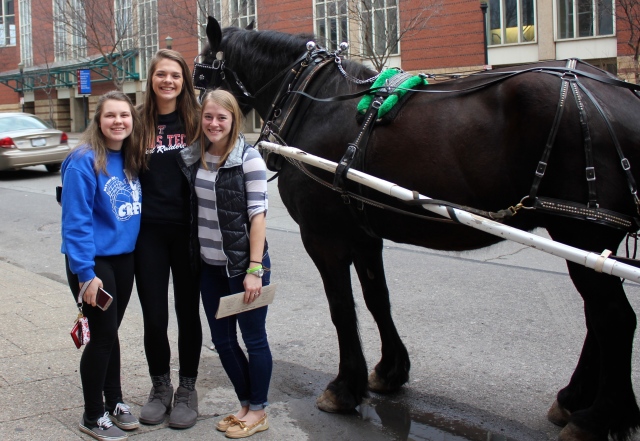 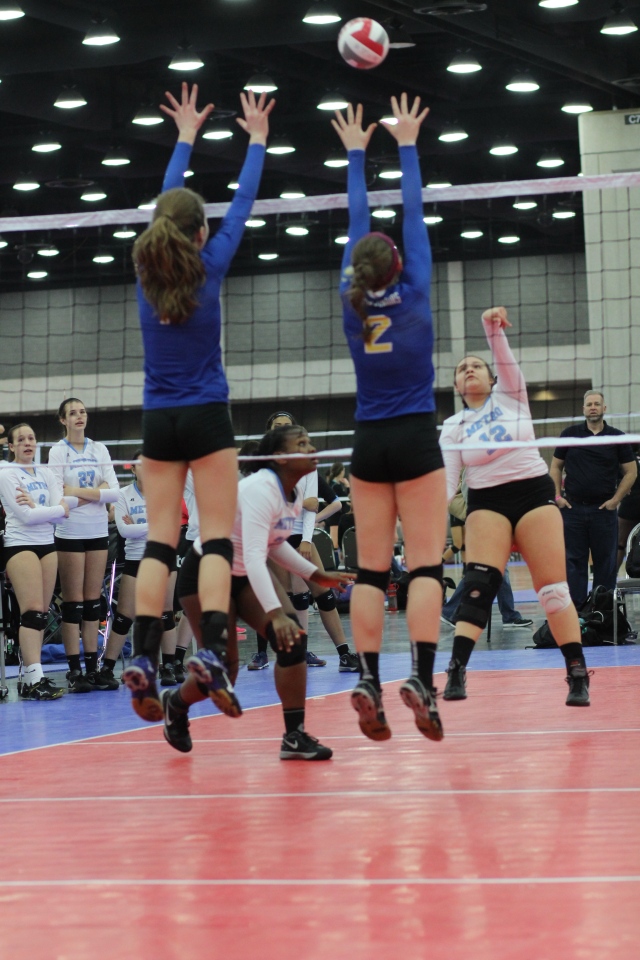 Grace pounds one high off the tall block.

Mel tries to decide which ball to set. 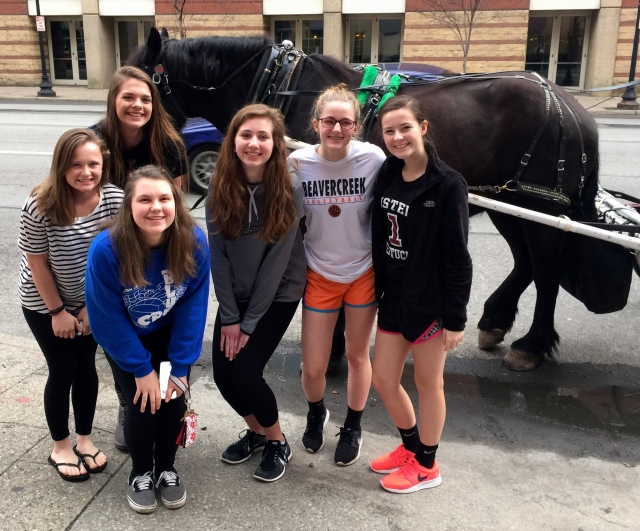 Pretty bright and cheery after a day of volleyball. 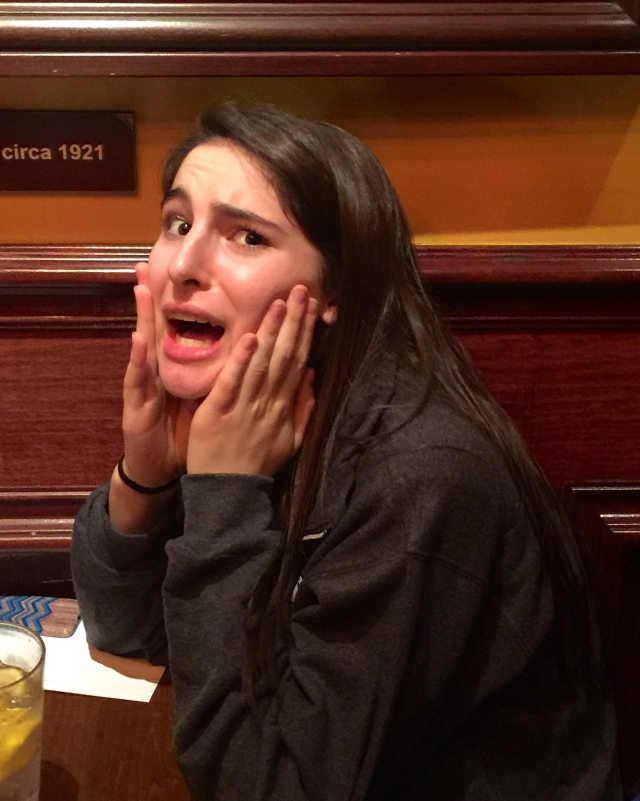 We lose an hour tonight? 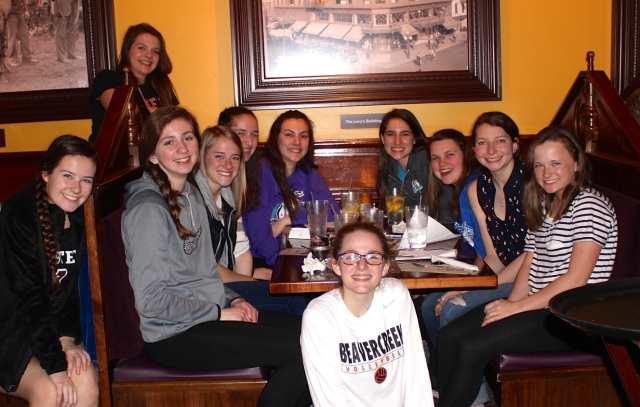 A not so Blue Crew!