Going into the tournament it was hard to predict how well we might do. There were plenty of good teams entered and we were highly ranked. However, we have not been at full strength lately. For this tournament we would be without our starting setter, have an outside hitter playing on a sprained ankle, a middle hitter with back issues, have a church confirmation class for one player, a Saturday Prom dance for another, and we would need to use a defensive specialist as an outside hitter. It would have been tempting to use these items as excuses but I am reminded of an old saying: “Excuses are no good. Your enemies won’t believe them and your friends don’t need them.” So we did what good teams do, we pulled together and forged ahead. We were able to pick up a setter from our 16 White team. Thank you Anna Gilliam for spending your weekend with us.

After winning a tough 3 game match to start we won our next two matches to go 3-0 and win our initial pool. Repooling we then played our first match of the second pool late on Saturday. We started well but fell flat and lost that match, putting us in a hole to start Sunday. The new day seemed to give us some new energy as we won our next two matches, the final one in three, to give us a second place pool finish and move us into the Gold playoffs. Unfortunately, at that point we just ran out of steam, losing in the first round of the playoffs to finish 5th out of 24 teams. A coach is rarely totally satisfied so it would be wrong to say we were happy. On the other hand, we overcame a lot of obstacles and held together to make Gold. In many ways we took to heart the below Thought for the Tournament. As usually happens when you lose, you get the opportunity to ref the next match. We raided the concession stand to get enough ice to pack down some knees, ankles and backs. Given the two tough days of physical activity I am sure there will be many sound sleepers this evening.

“ The difference between stumbling blocks and stepping stones is the way you use them.” 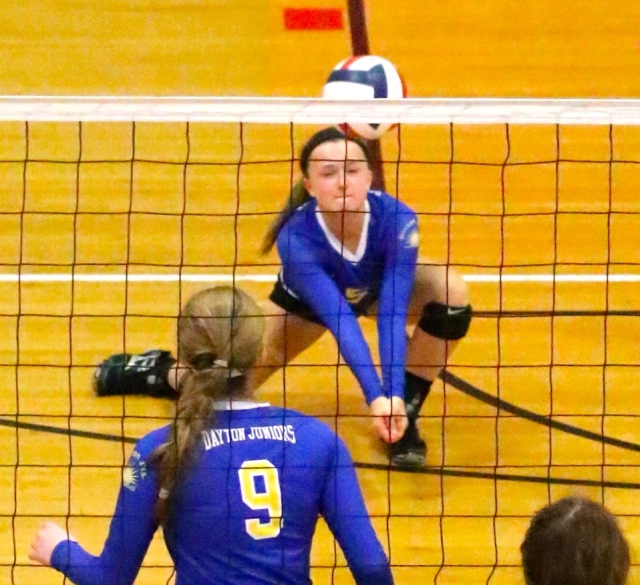 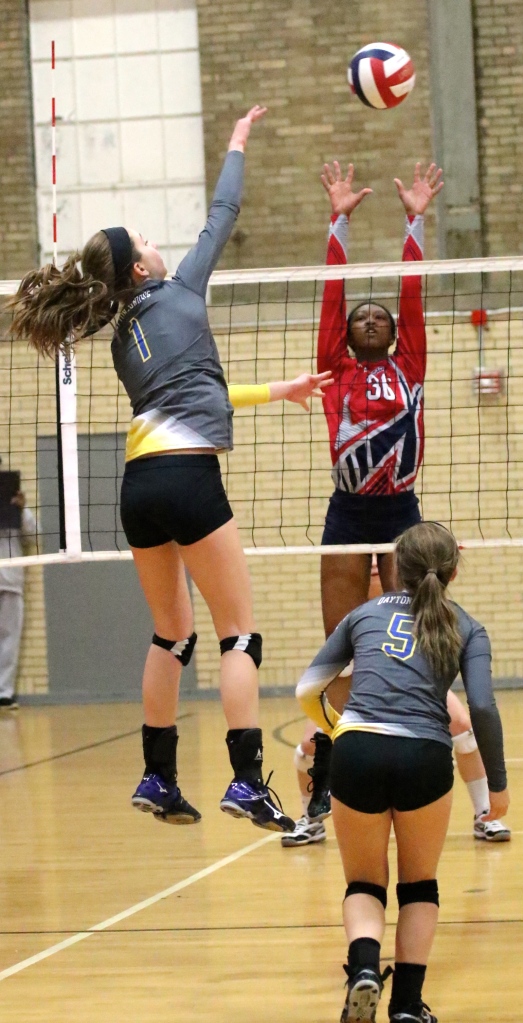 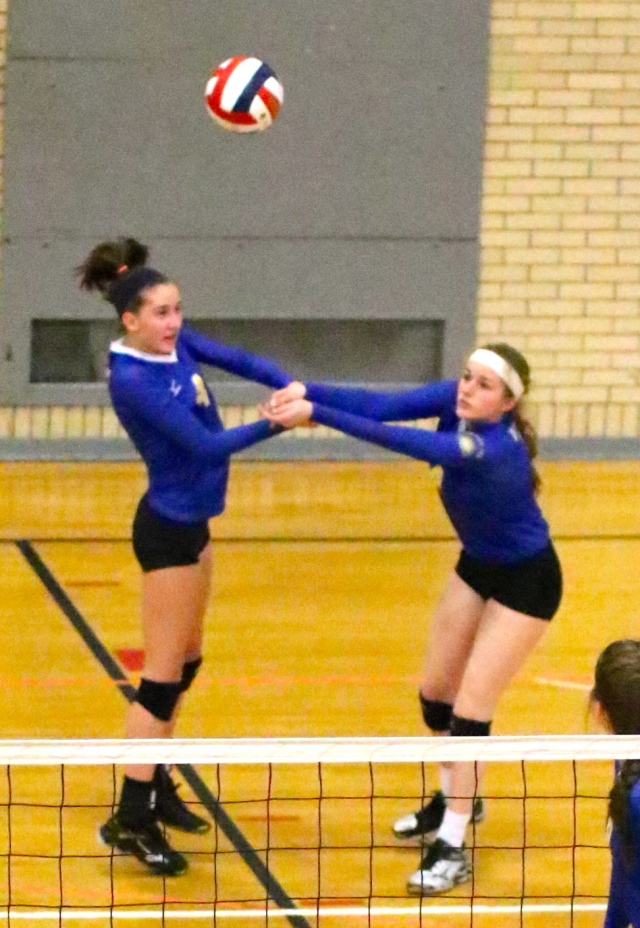 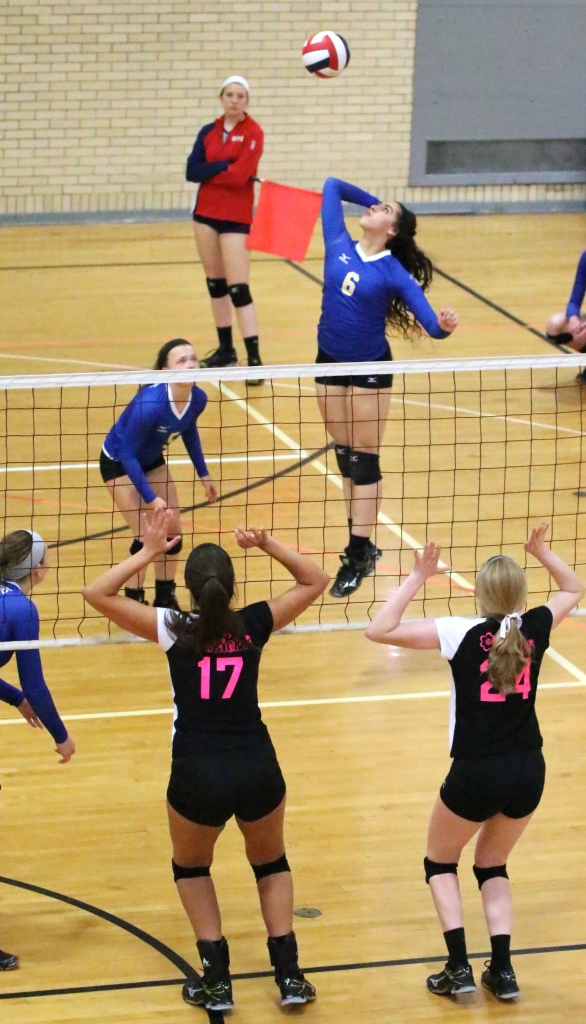 Taylor with the aggressive alert alive and accurate attack. 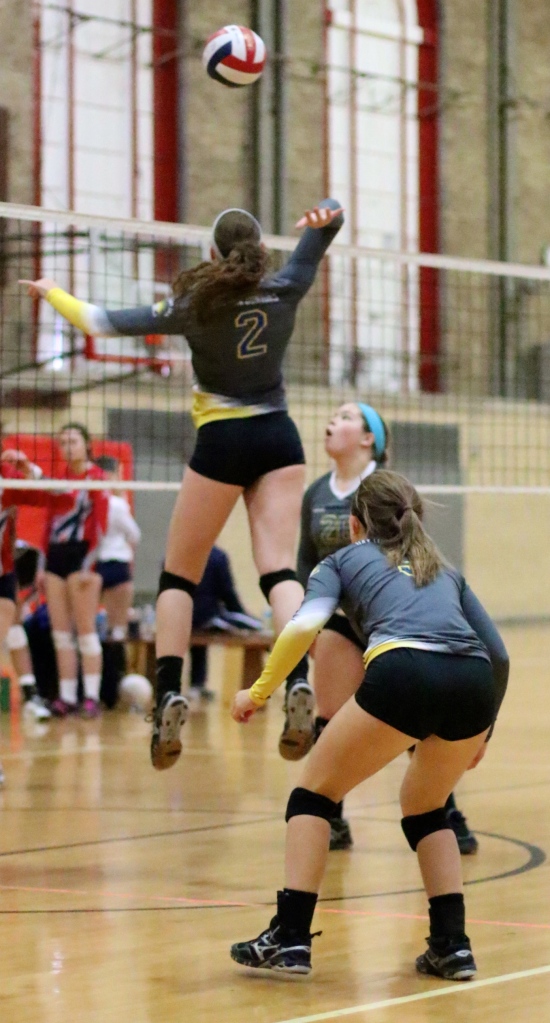 Quick middle attack by Grace with an assist by Anna. Audrey provides coverage in the unlikely event of a block.

If the blocker has not jumped yet she is not going to block Ashley’s middle attack. 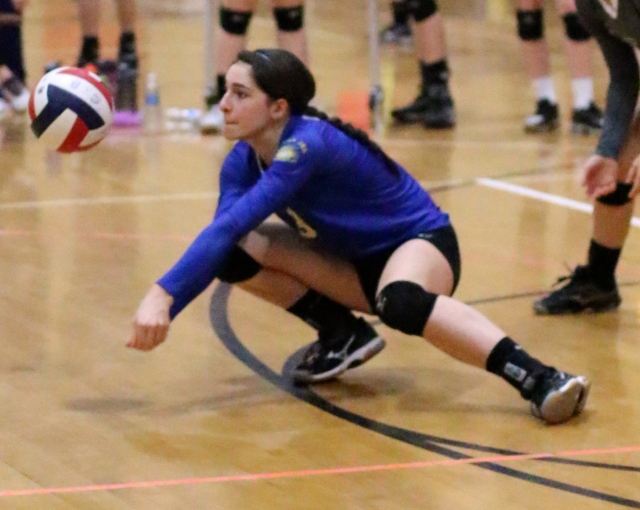 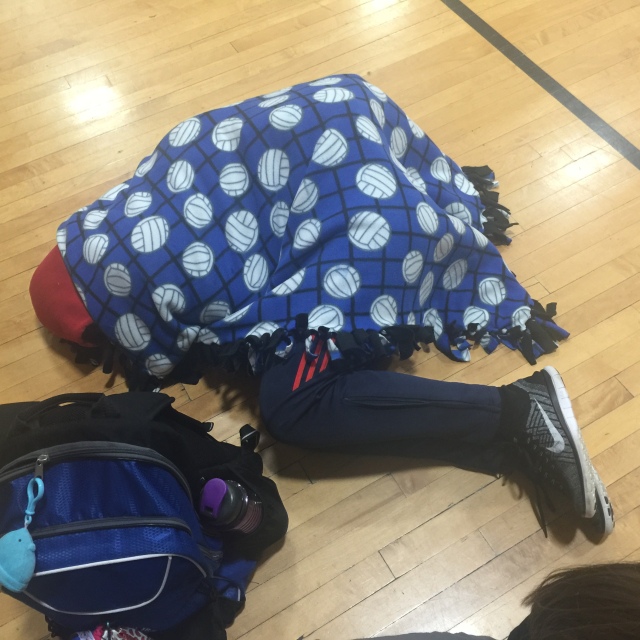 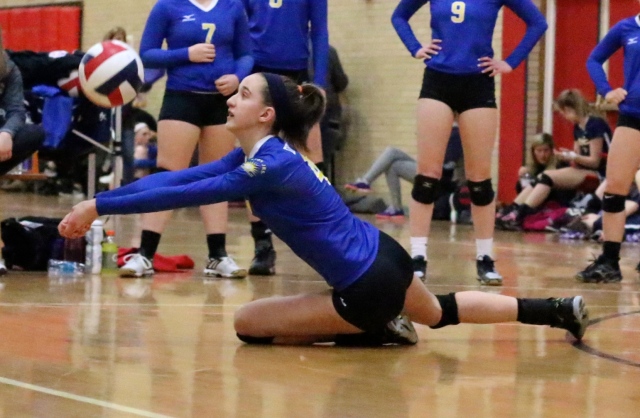 Danielle does what is needed to get her platform on the ball. 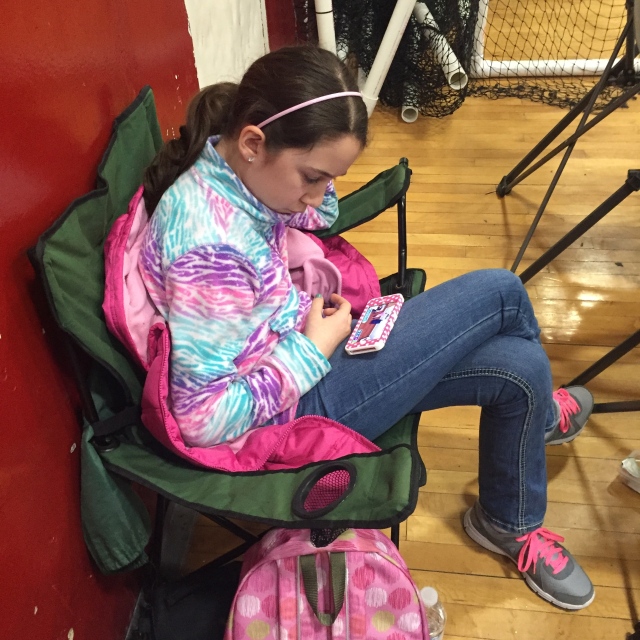 Rachel plays a game between games. 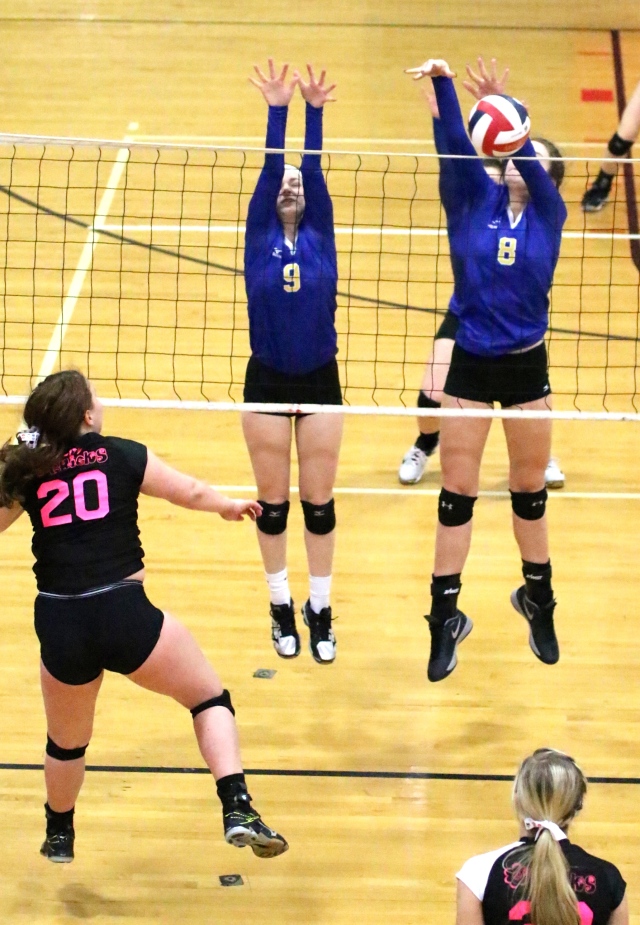 Faith and Ashley combine for the stuff. 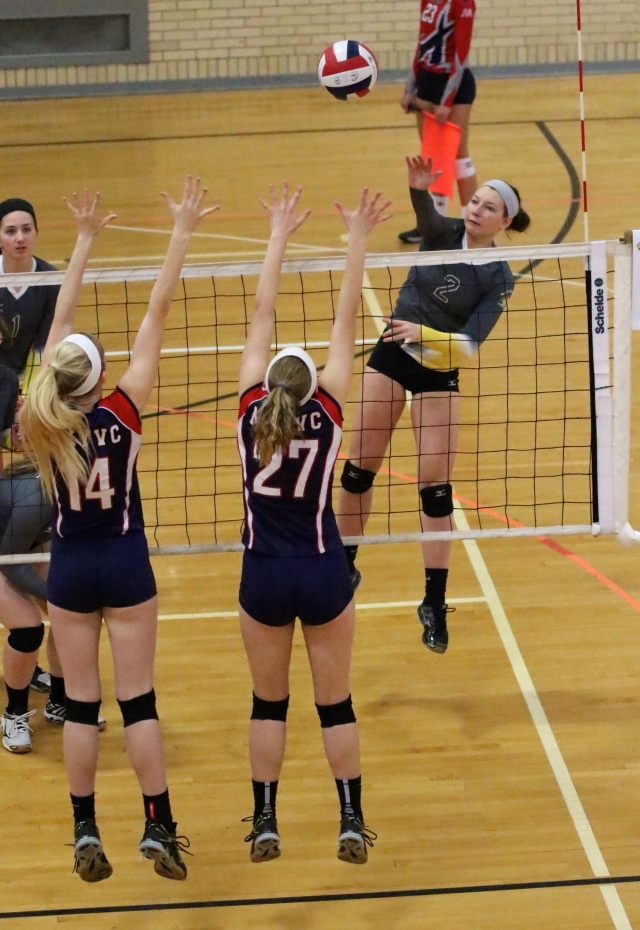 Grace swings from the outside for the point. 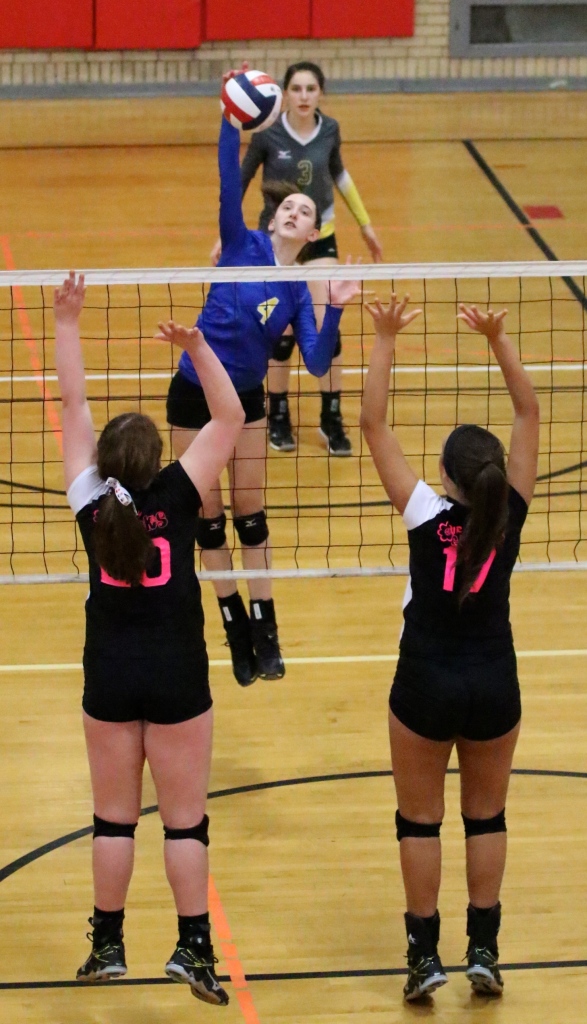 Danielle with yet another one of her “two ball” attacks in the middle. 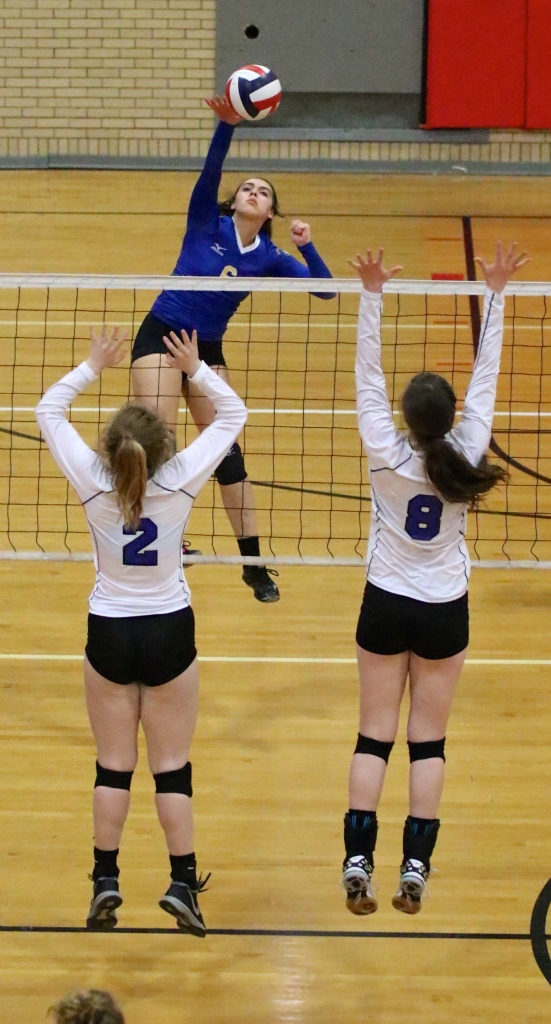 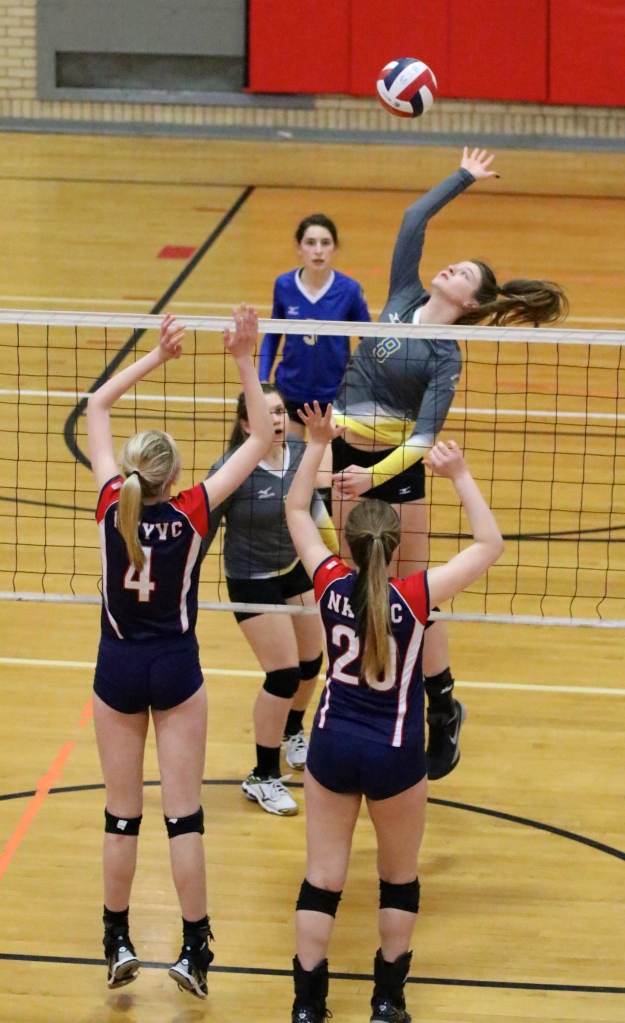 Ashley with another timely kill in the middle, assist by Mel, Sara watching in admiration. 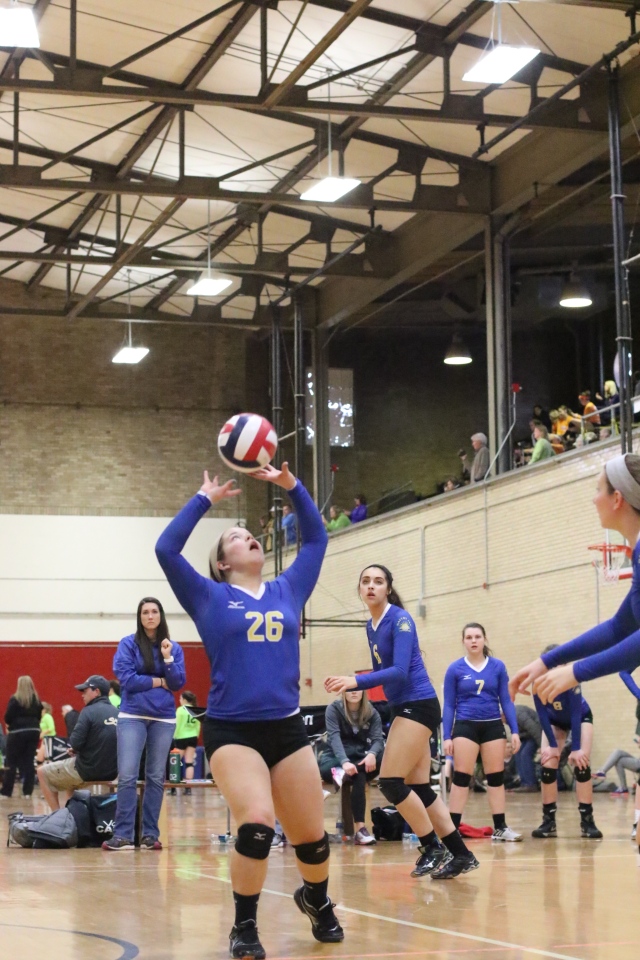 Anna delivers the backset to the awaiting Taylor. 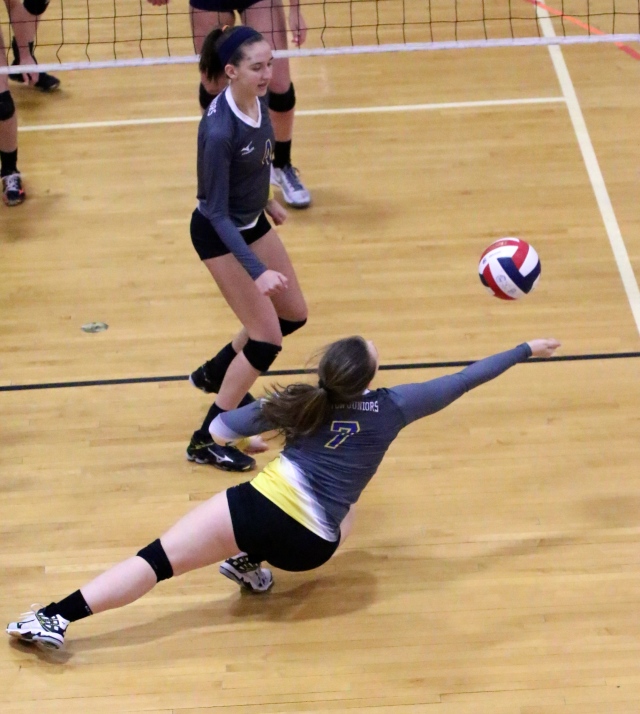 Mel gives up her body to save a ball. 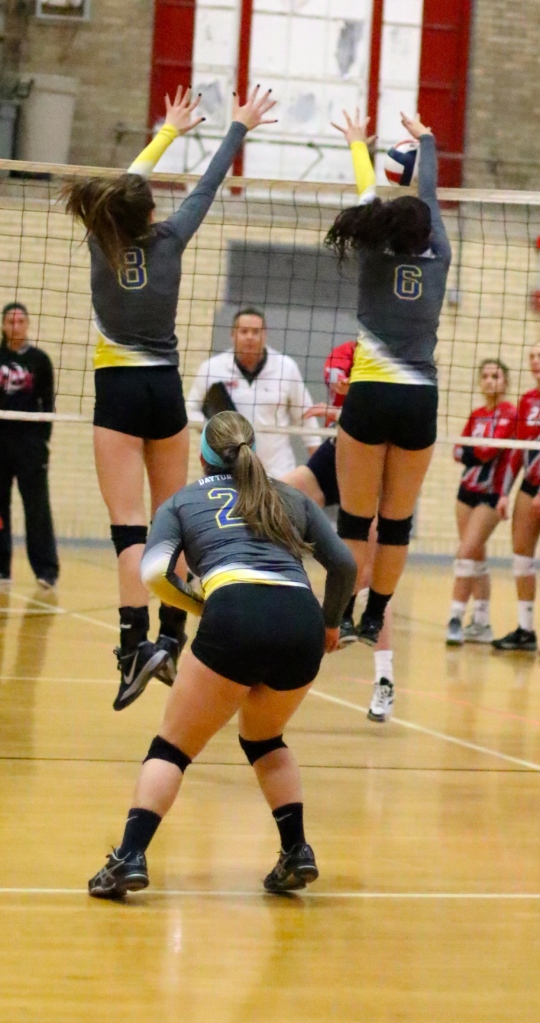 Ashley and Taylor combine for the rejection. 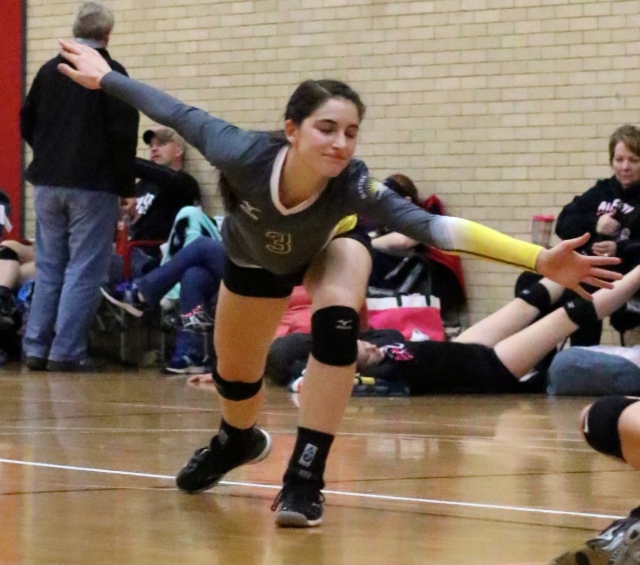 Sara – always one to make a grand entrance! 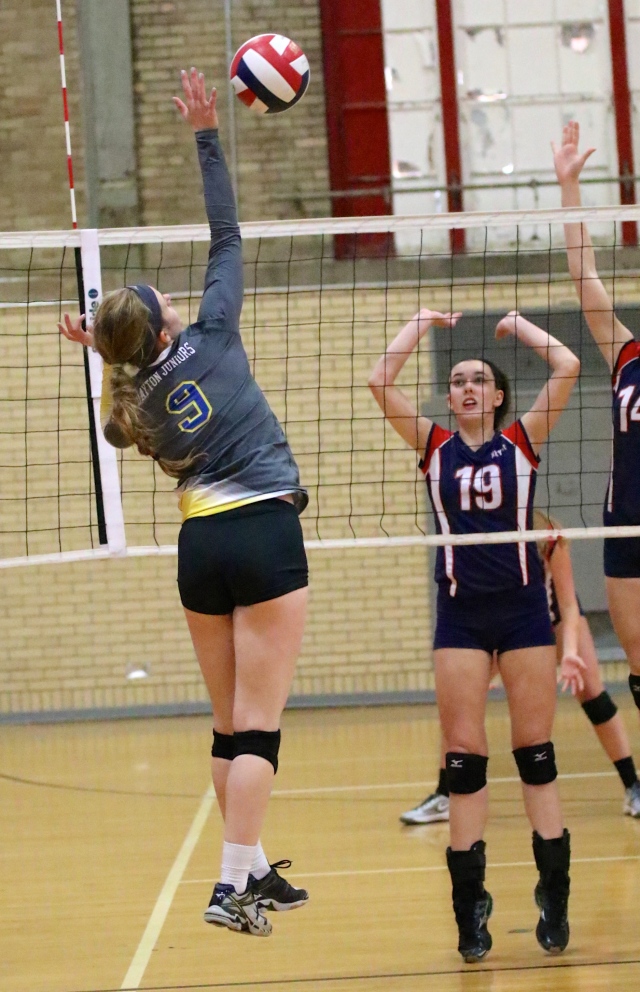 Faith showing nice form on the left side attack. 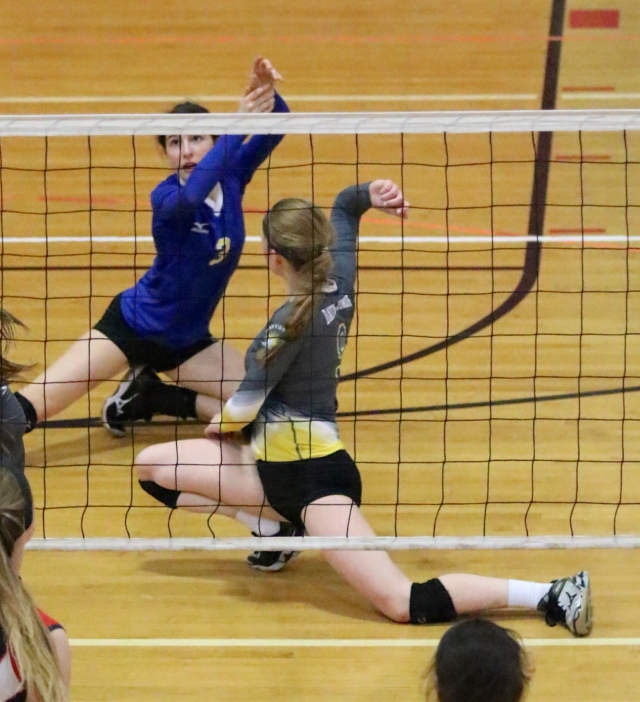 I don’t know, I just get the feeling this did not end well. 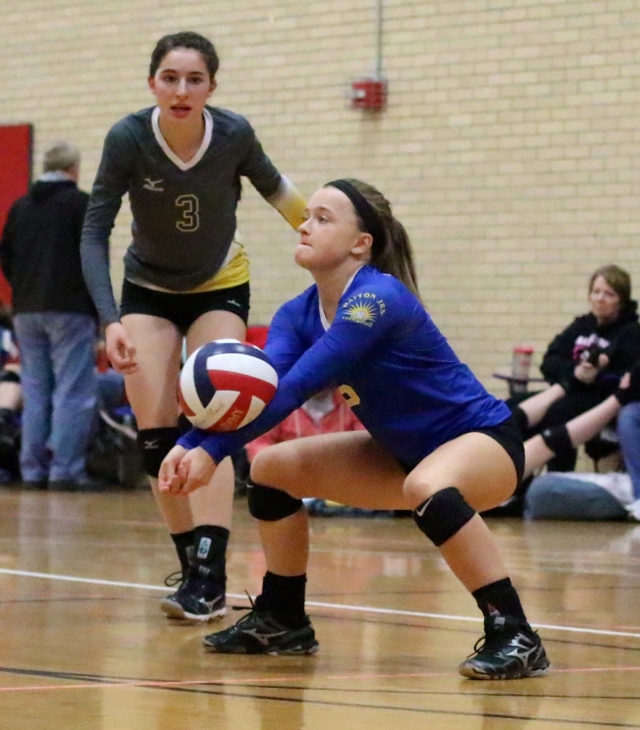 Faith, Mel and Ashley executing the extremely rare, and rarely effective, front to back triple block. 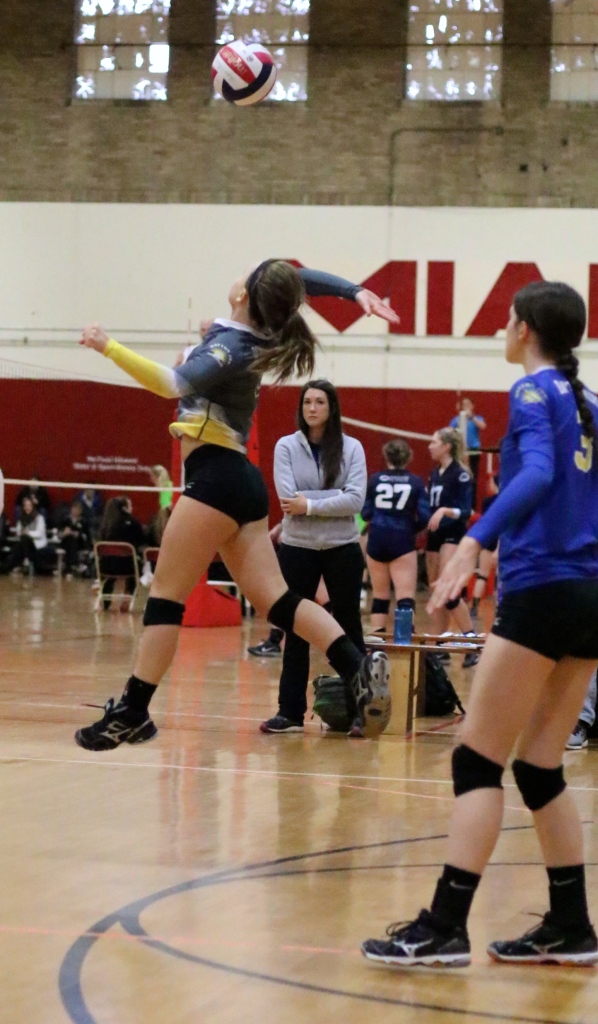 Audrey pounds away at the back row set.

The bleachers provide comfort to a sleepy, but wary Sara. 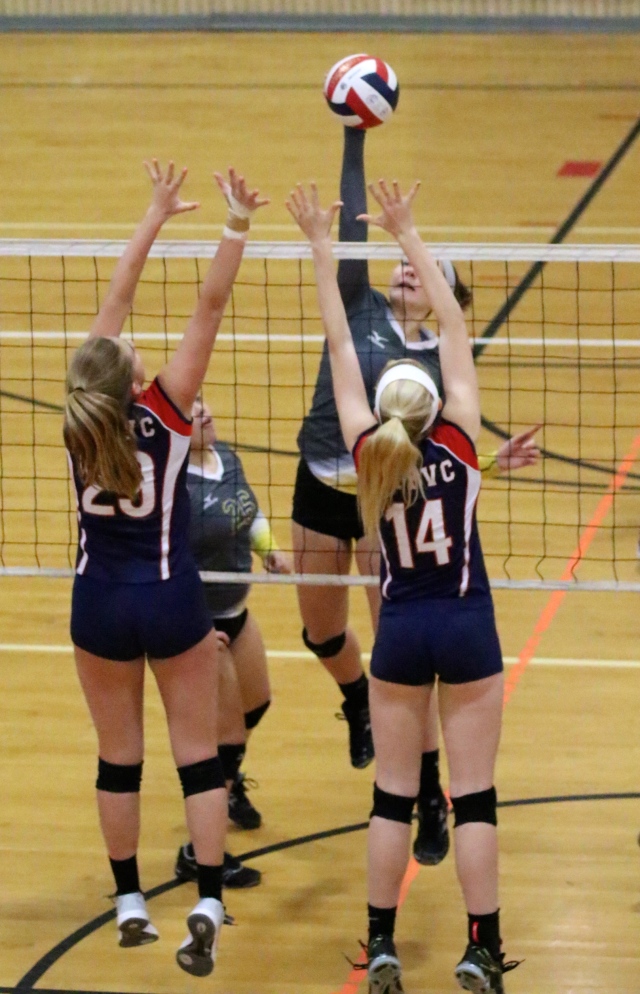 Grace takes the quick set from Anna and hits over the late forming block. 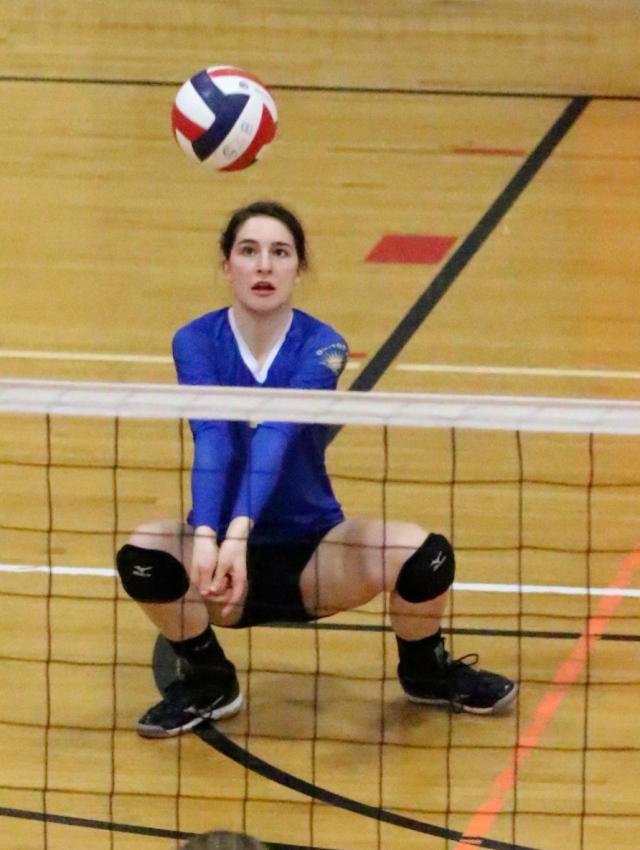 Nice and low, Sarah executes one of her countless passes. 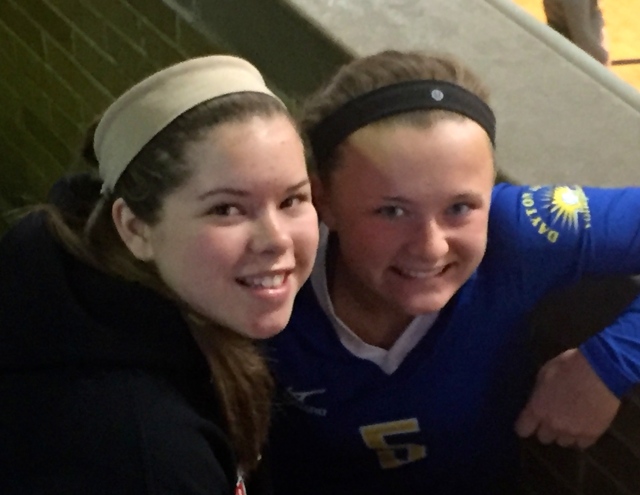 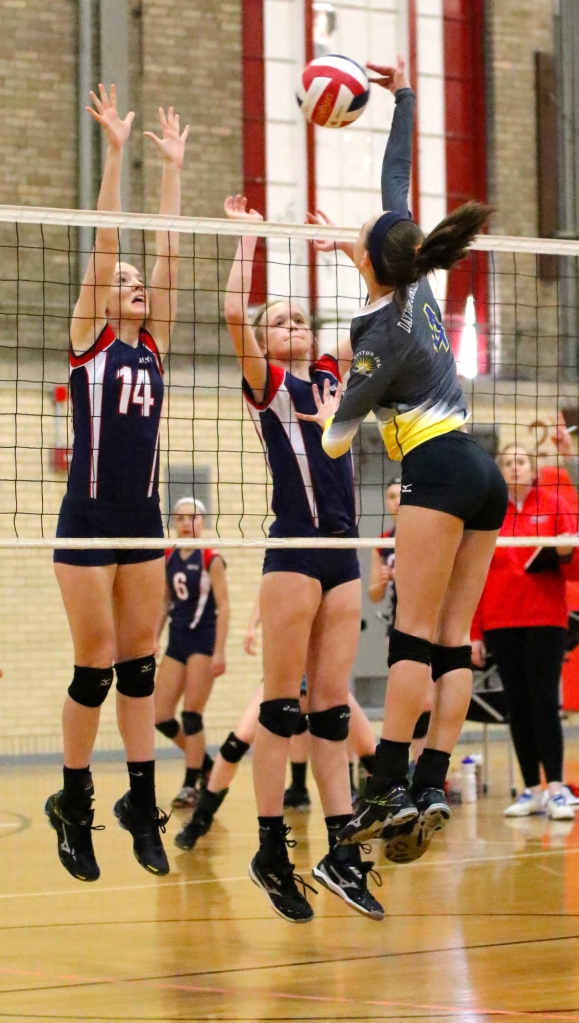 Danielle pounds away at the tall trees. 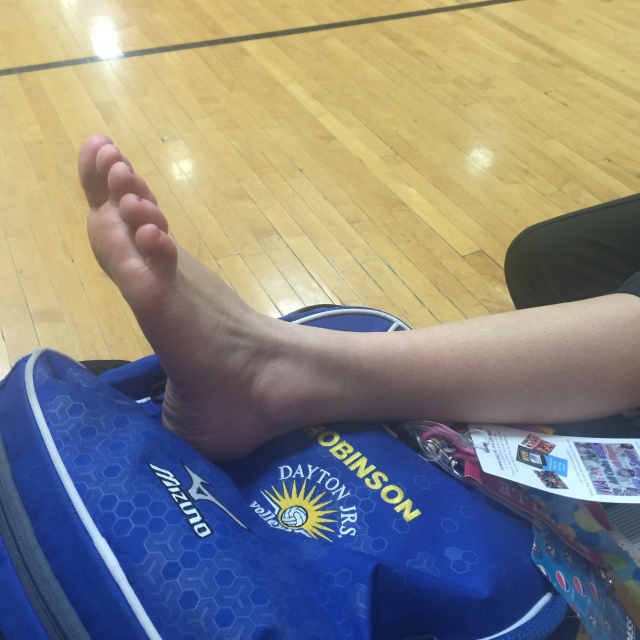 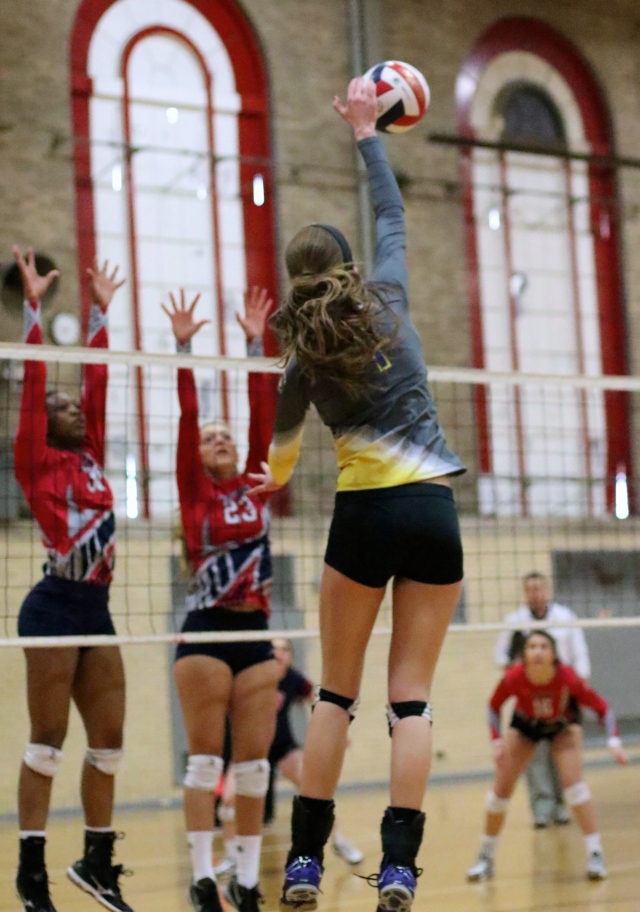 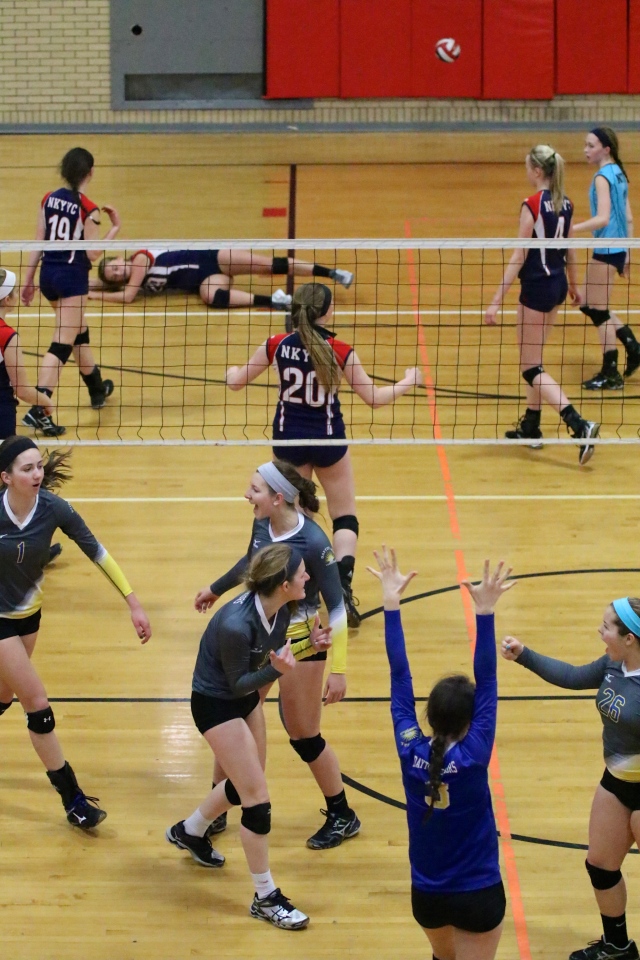 The agony and the ecstasy of match point.