In the interest of full disclosure I must tell you that I didn’t actually participate in the subject tournament. However, should that really color your opinion of what you are about to read and see? TV and print reporters do this every day, write or talk about things they didn’t actually see or do. In many cases they are getting their info second or third hand and jumping to conclusions since they want to get the scoop. Just think about WHIO’s tagline: “First, Fast, and Accurate.” That shows you what their priorities are — First, then Fast, and Accurate comes in third.

I can assure you that I am not the first or the fastest, but I am accurate. So you can rest easy and believe the content of this post. This information came straight from first hand reports via texts, detailed reviews of the AES volleyball scheduling system, and a highly experienced on-site photographer. It doesn’t get much better than that. 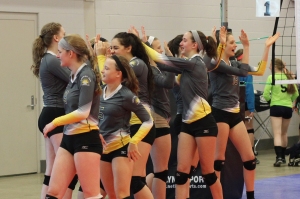 The Indy Juniors Classic featured seven age groups playing at six different playing sites. Our team was one of 32 teams in the 16s Division and played their initial four team pool Saturday at a large local high school. The Blue Crew, playing great volleyball, took all three matches in two sets each to win their initial pool. That set up a challenge match Sunday morning at the Indiana State Fairgrounds, with the winner going to Gold and the loser going to Silver. As with most big tournaments, as you move up the ladder the competition gets tougher. The Sunday morning challenge match was no exception as the Blue Crew lost the initial set in overtime, 28-30. Not letting this tough set deter them, they came back to win the next two sets to take the match in three. The victory put them into the 8-team Gold playoff bracket. In the Gold quarterfinals the Crew stayed in the groove and beat a solid NIVA Crossfire team in two close sets. Their semifinal opponent was Circle City Black, a perennially tough team. The Crew won a back and forth first set in overtime, 28-26, but could not sustain the momentum and lost the next two. 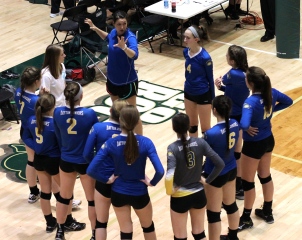 So the bottom line is the team placed 3rd out of 32 teams, losing to the eventual tournament champions in the Gold semifinals in three sets — another solid tournament performance. Although I wasn’t there to witness the live play it was nice to get some updates, follow the progress on AES, and have the below action photos to view. A special thanks goes to Linda Seitter for providing the pictures and to Brenda Remmetter for setting up all the team arrangements for the weekend.

Thoughts for the Tournament

“What lies behind us and what lies before us are tiny matters compared to what lies within us.” 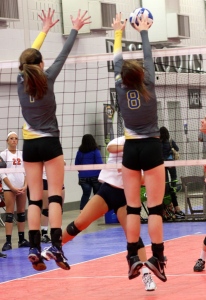 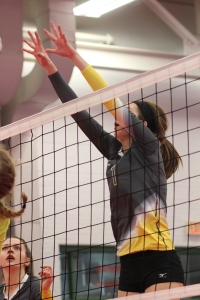 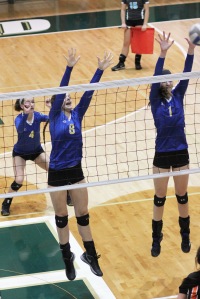 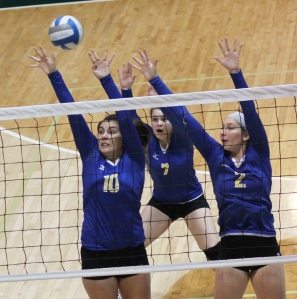 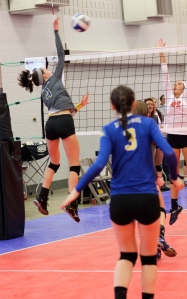 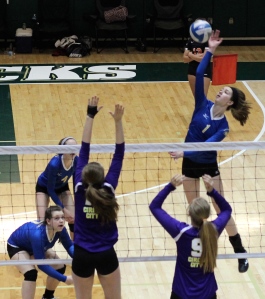 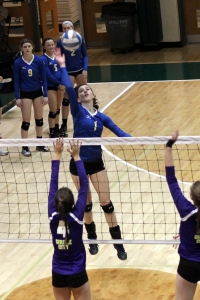 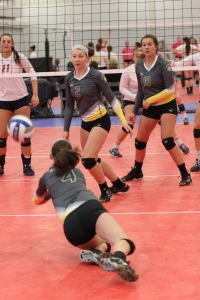 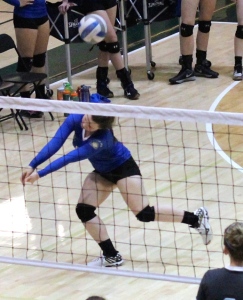 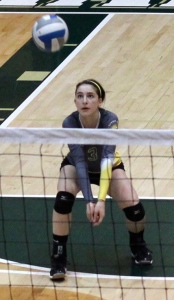 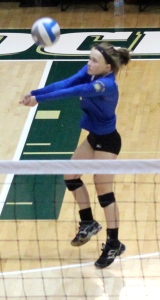 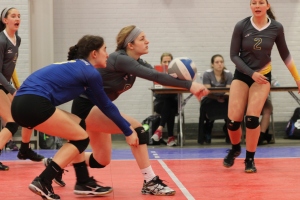 Sara, What are you doing?

Two pics of Sara and Mel demoing their fine communication.

Megan hoping her correct athletic posture will rub off on the players. 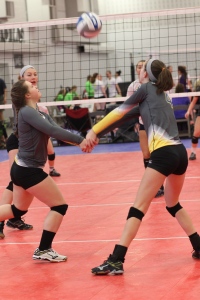 Mel and Grace combine for the synchronized pass. 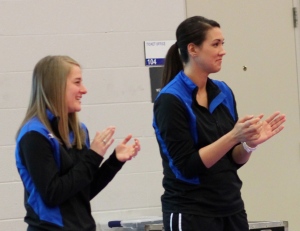 Nice to have the coaches happy!

Avery has the right priorities! 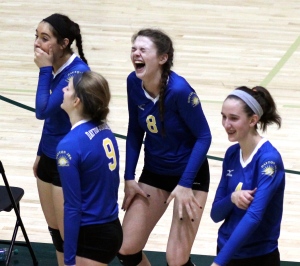 Well, it must have been funny! 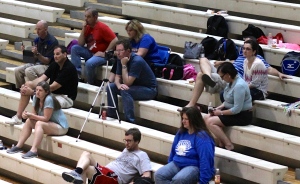 The crowd between cheers. 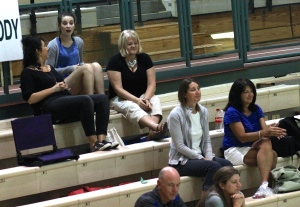 I couldn’t be there in person but I wore my Indy Jrs shirt on Sunday in support.

When players get aced in practice this is what they do! 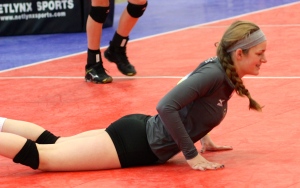 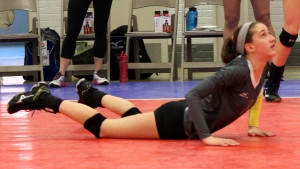